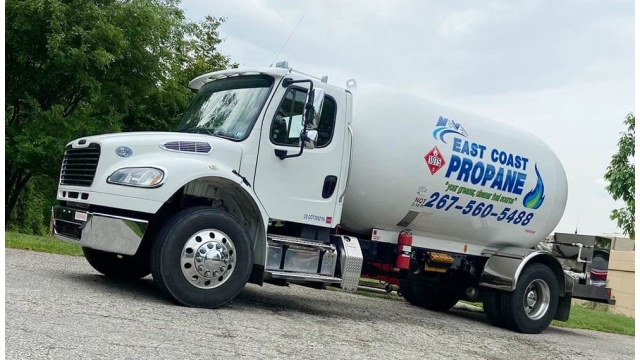 East Coast Propane, a leading propane supplier in the Philadelphia, Bucks, and Montgomery County area have been committed to supplying its residents with an alternative source of energy. As an independent and family-owned LP gas service company, they have sought to provide the best propane prices for their customers despite the inflation going on throughout the country. According to CNBC, since 2021, over 20% of Americans have found it hard to pay their energy bill completely, thus putting themselves at risk, especially during the winter. This development has led to East Coast Propane shifting its model to look for better and more cost-efficient ways to serve its clients.

The current inflation has left more than 50% of households that use natural gas in the United States spending more than they did in previous years, especially during the winter. One way to combat this is the use of propane; propane is an alternative source of energy that has a lot of advantages over other forms of energy. It burns clean, produces very low carbon emissions, and is even approved and listed by the United States Congress in the Clean Air Act 1990. However, in relation to price, one of the biggest upsides of propane is the fact that it is very efficient. This means that when a consumer uses propane, it will generate more heat for less fuel, thus spending less on propane.

Since East Coast Propane started over a decade ago, they have been very clear about its mission to use green fuel to help people navigate the rising cost of electricity in the country. They provide propane refilling, commercial propane delivery, home propane delivery, commercial propane supply, installation of propane tanks, propane leak detection, as well as other types of propane service. However, their services do not just stop with the provision of propane; they are also involved in the maintenance of your propane equipment, such as the tanks and pipes. Additionally, if you are not using propane but thinking of saving hundreds of dollars in energy costs, East Coast Propane also does consultations and can send you a quote to estimate all it would cost.

George Lamb, the executive at East Coast Propane, said, “With the rising cost of living in the country and inflation affecting the ability of people to pay for bare necessities such as energy, it is a duty as a family-owned company to provide a way to help people navigate these hard times with reasonable prices. East Coast Propane cannot stay on the sidelines and do nothing, so the company will affect change any way it can”.

Since the company’s creation, East Coast Propane has not only served homes but also helped businesses such as food trucks and construction companies with their energy needs. So, if you are looking for a propane gas company near you, look no further than East Coast Propane.