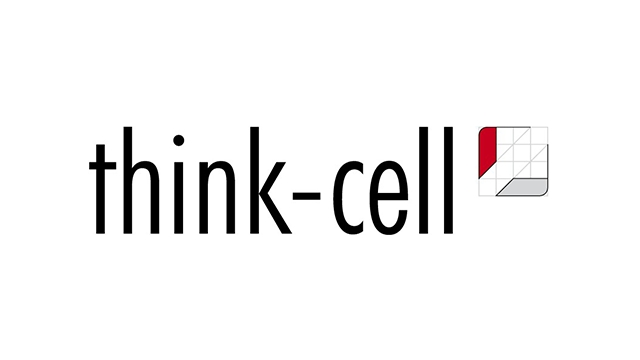 BERLIN, Germany – 15th December 2022 – think-cell, the leading productivity software for creating data-driven presentations in Microsoft PowerPoint, has announced the opening of its Denver, Colorado office. The new Denver location is part of the company’s plan to expand its sales, marketing, and customer success efforts.

think-cell was established in Berlin in 2002 and is known globally for addressing the pain points of Microsoft PowerPoint users. The software helps users get more out of their presentations through stunning charts, boosted slide layouts, and automation of reports.

This year, the company passed the one-million user mark as PowerPoint, Excel and Tableau professionals continue to embrace the product. This adoption rate is due to the impact that the software has on the quality and efficiency of producing charts and slides that drive better business decisions.

As the company acquires more international business and users, think-cell has started the process of growing into more and more markets around the world.

Having already made inroads into Asia, earlier this year the business opened its Japan office with Wataru Doi appointed as the Head of think-cell Japan, thus reinforcing its presence in Asia.

The company is also planning additional expansion in the European market in 2023.

Expansion plans are not just driven by locations but also by the people who will lead the company toward accelerated growth. As such, think-cell has been laying the groundwork by creating a global leadership team that will take the business forward.

In early 2022, the business announced the appointment of Kenny Wyatt, who is based between Denver and Berlin, as its new Chief Executive Officer (CEO).

Later in the year, Gavin Drake joined the team as its new Chief Marketing Officer (CMO) and Bobby Edmundovicz as General Manager and Head of Sales.

Both of them will be based in the US, where the company expects to see significant growth, as evidenced by the success seen by think-cell’s Boston office.

The business anticipates that the office in Denver, which is located in Colorado Center, will play a significant part in leading this growth.

This urban hub is centrally located between Downtown Denver and the Denver Tech Center. The primary focus of this office will be sales and marketing, and the company is currently hiring for a number of positions at the Denver location.

Some of these positions include Business Development Representatives (BDRs) and BDR Manager, Account Executives, Account Managers, Campaign Managers and a Graphic Designer.

Led by the new team, the Denver office is expected to spearhead the next era of growth for the business in the North American market.

Founded in Berlin in 2002, think-cell is the defacto standard for creating professional presentations in PowerPoint. With productivity tools and support for 40+ chart types, 9 of the top 10 global consulting firms rely on think-cell, it’s the software of choice for the Fortune 500 and taught at 9 of the top 10 business schools. To learn more about think-cell and download a fully functional 30-day trial version, please visit https://www.think-cell.com.